The Meaning of Religious Tattoos and Symbolism

Early cultures used totems and animal images to wake power from the worn animal’s spirit for protection and success in their hunt.  In fact, in Borneo, the Kayan tribesman wore tattoos on their shoulders that were hand-tapped, to guarantee their departed soul a safe passage over the dreaded River of the Dead.

The Rise of Christianity

Moving to more modern times, a small cross tattoo was worn on the hand of the Crusaders to ensure them a Christian burial if they happen to be killed in foreign land during battle.  In North America today, approximately 20 percent of pieces done are for religious tattoos and symbolism.  It is suggested that the wearers believe that their body art is a way to proclaim their faith and get closer to God. See Religious Tattoos!

• Crosses – Some of the most popular religious tattoos are those of crosses.  Whether they are large or small, they work alone or as part of a bigger piece, the cross is the most recognized symbol in the world.  Crosses are often created as a Celtic or Tribal design or they accompany another religious tattoo.

• Angels – These can range from cherubs to quite elaborate renditions of seraphim.  Angel tattoos are often holding other items such as a cross, trumpet, harp, etc.  Some people prefer to simply get angel wings rather that the whole being.

• Portraits – Some individuals chose to have a portrait of Jesus inked on their body or something even more in depth like the Last Supper.

• Quotes and Scripture – Next on the list of religious tattoos and symbolism are quotes and scripture.  Words have seen a sudden explosion in ink popularity over the past few years so it only makes sense that bible scriptures would be chosen as inspiration.

• Doves – Most people translate doves as being a peaceful bird but as far as religious tattoos and symbolism goes, they are a representation of the Holy Spirit.

• Praying Hands – Thanks to Albrecht Durer, a German artist from the 15th century, the picture of praying hands has become highly recognized, both on canvas and on the body.

Although a passage from Leviticus 19:28 does not allow marking of one’s body and some religious people hold true to this scripture, most Christians have managed to escape the prohibition.  Since there is such a large assortment of Christian tattoos and symbolism, be sure to research your tattoo design first and choose something that is meaningful to you. 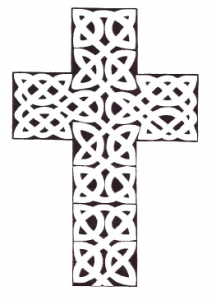